University Highlight: Is UC Berkeley For You? 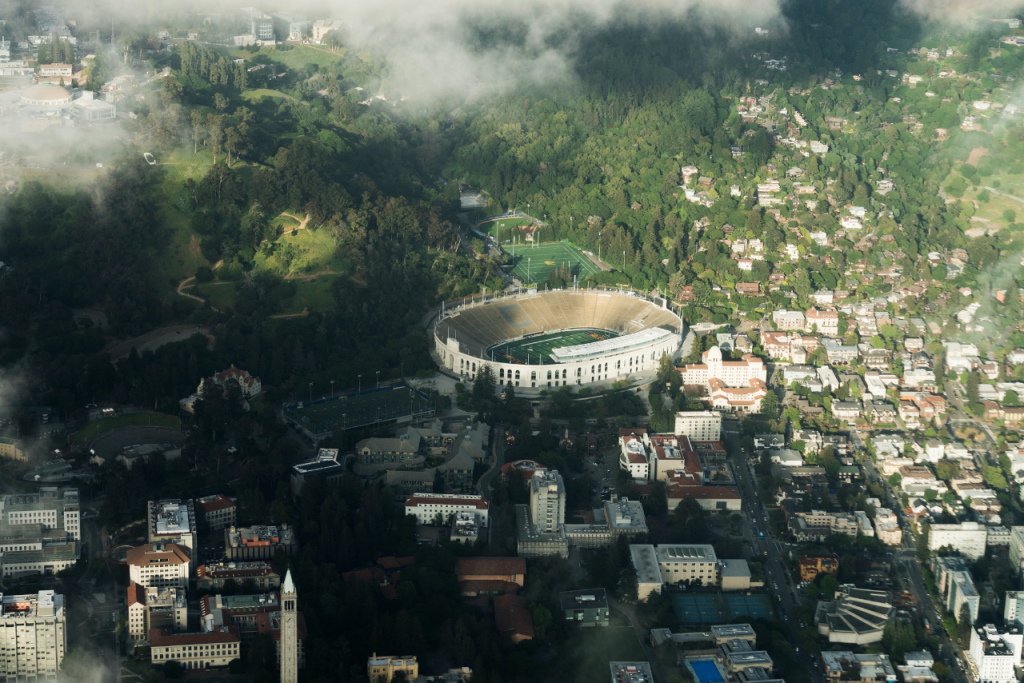 The second-oldest institution in California and the founding member of the University of California System, UC Berkeley was established in 1868.

Today, UC Berkeley regularly appears at the top of lists of the nation’s best universities, alongside giants like Harvard, Yale, and MIT.

Around 15% of applicants are accepted at UC Berkeley, making it a very competitive institution.

Without financial help, in-state students attending Berkeley can expect to pay close to $40,000 annually; this cost drops to around $14,000 once accepted students get their aid packages. Students from out-of-state should budget close to $70,000 each year.

Since the institution’s inception, academic members and students at UC Berkeley have contributed to ground-breaking research and discoveries.

A few decades later Nobel Prize-winning physics professor, Luis Alvarez, advanced the now-common theory that Earth was struck by an asteroid 65 million years ago, causing such a significant change in the environment and climate that it led to the extinction of the dinosaurs.

Professor Jennifer Doudna and her team made the most recent discovery of finding a practical way to break DNA and implant it into human cells.

At UC Berkeley, there seems to be a general awareness and enthusiasm for the endless possibilities of new scientific discoveries.

Before giving information on the school’s resources, extracurricular activities, sports, social scene, and customs, we will first discuss the school’s most popular majors.

Do you want to improve your chances of getting into a top-tier university? Schedule your FREE consultation with Tokyo Academics today!

What Academic Programs & Majors Are UC Berkeley Known For?

One in four UC Berkeley students tend to pursue a degree in the social sciences. With 20% of academics hired by the Social Science department, it is the largest program at UC Berkeley.

Social science majors are dedicated to discovering how people lived in the past and use that knowledge to stop some of the most enduring conflicts in the world.

With 12% of undergraduates attempting to earn a degree in that field, computer and information sciences rank as the second most popular major.

Students at UC Berkeley have two options for pursuing a degree in computer science. Most first-year students who apply for admission to the Engineering and Computer Sciences major are accepted (a highly competitive process).

10% of undergraduate students at UC Berkeley are majoring in biological and biomedical sciences.

Over 1,000 degrees in biological sciences are awarded each year at UC Berkeley, which is considered one of the best schools in California for pursuing such a degree.

There are a number of research centers where students collaborate with teachers to create innovations in numerous fields, including genetics, sustainability, and technology.

The Henry Wheeler Center for Emerging and Neglected Diseases (CEND), whose goal is obvious from the name, is one outstanding entity.

The Immunotherapeutics and Vaccine Research Initiative, a project to find novel ways to treat cancer, is now being carried out by CEND in partnership with the Cancer Research Laboratory (CRL), another research center.

Many students will engage in practical learning in the classroom, as evidenced by the research units within the biological sciences department.

Is UC Berkeley an Excellent College?

According to the 2022 Greatest Colleges edition of U.S. News, UC Berkeley is one of the best universities in the country—#22, to be exact.

They also placed first in computer science, second in the best undergraduate engineering programs, third in business programs and second in the top public schools.

Students interested in STEM classes frequently choose to enroll at UC Berkeley because of the university’s stellar reputation in those fields.

The dedication of US Berkeley to embracing people from different origins is one of its strongest features.

Although the school is primarily liberal, agnostic, and autonomous, students of all religious backgrounds engage in cordial, thought-provoking conversations all day. In other words, it is not typical for a student to experience prejudice due to their identification.

UC Berkeley deserves praise for its dedication to offering financial aid. Pell Grants are awarded to over half of UC Berkeley transfer students and more than one in five new first-year students, allowing them to advance academically.

A typical UC Berkeley graduate will make enough money in less than 1.5 years to pay for their education!

For the first time ever, a public university has reached the top spot in Forbes magazine’s college rankings because of UC Berkeley’s demonstrated commitment to academics, inclusion, and accessibility.

An often-stated objective of a liberal arts degree, researchers were able to demonstrate that public schools like UC Berkeley have a significant influence in promoting intergenerational wealth mobility.

There are many different customs and superstitions at UC Berkeley. Students at UC Berkeley have historically shown they can add extra spirit to any campus event, whether it be finals week traditions or football game stunts!

Start with the most “harmless” habit there is: don’t tread on the seal! At Memorial Glade, there are three engraved university seals. If a careless student steps on one of the seals, they will not be able to achieve a 4.0 GPA for the semester.

The 4.0 Ball must be kissed or caressed immediately if this problem is to be solved.

Speaking about a 4.0 GPA, it’s not surprising to believe that students at UC Berkeley would partake in weird behaviors to improve their chances of admission.

It is not uncommon to witness stressed-out students rolling down 4.0 Hill during finals and midterms week.

The Goddess of Wisdom Athena guards the entrance to the Doe Library. There are other ways to be lucky, such as calling for Hugo, the dog of a former university president who ran away before finals.

During finals week, if you hear college students screaming “Hugo!” at the top of their lungs, don’t be alarmed; it’s completely normal in the UC Berkeley resident halls.

Of course, a collegiate tradition wouldn’t be complete without a physical challenge. Students at UC Berkeley climb for two reasons: to reach the Big C or to reach the Campanile, which provides stunning views of the San Francisco Bay.

The most ridiculous customs are practiced at UC Berkeley football games. Stanford is one of UC Berkeley’s biggest rivals, and wearing red to the Big Game will get you into serious trouble.

The UC Berkeley Rally Committee hosts a sizable bonfire party before the Big Game that attracts thousands of students.

If the Golden Bears win, be sure to check the bear mascot selfie box on your UC Berkeley BINGO card and enjoy the California Victory Cannon being fired!

The card tricks at UC Berkeley football games are among the most awesome customs. Students at the Big Game began wearing letters inside their caps in 1908, flipping them over to reveal a message at critical times.

Today’s students participate in every activity with clever, amusing sayings, demonstrating the same originality and zeal as their forerunners.

UC Berkeley offers a variety of opportunities for students to participate in extracurricular activities. Attending Calapalooza, a bi-annual expo for student involvement that aims to bring together the 1,000+ student clubs, 60 fraternities and sororities, and student government organizations at UC Berkeley is a fantastic place to start.

Want a good time over food? Join the Potluck Club, where participants make meals from various international cuisines. Students who participate in Solar Spring Break have the chance to travel and gain expertise in setting up solar panels in several nations.

Lean On Me and other organizations share the goal of offering Berkeley students who might be struggling with mental health issues anonymous peer help.

At UC Berkeley, there is a group for everyone. Aerospace SAE combines academics with fun by designing and building remote-controlled aircraft to compete in the SAE International Aero-design Competition.

The social and charitable environment at UC Berkeley is significantly influenced by Greek life. One in every three students belongs to a fraternity or sorority.

Greek students particularly dedicate themselves to maintaining school customs and planning some of the school’s greatest events, such as Welcome Week, Homecoming, and Trick or Greek on Halloween.

Additionally, downtown Berkeley offers a ton to do, and the BART is a convenient and frequently used form of transit.

The same student might hang out with pals in a neighborhood coffee shop, go hiking, and then spend the rest of the evening at a frat party. Academics always come first, but this group of students knows the importance of study and play.

Which Sports Are Popular at UC Berkeley?

Nearly 1,000 students engage in varsity sports at UC Berkeley, a member of the Pacific 12 Conference, and each student receives a little over $12,000 in athletic financial aid.

Of all the sports offered by the athletic department at UC Berkeley, men’s football is unquestionably the most popular and lucrative.

It might come as a surprise to hear that crew, which was the university’s first organized activity back in 1868, is another significant sport at Berkeley.

The men’s crew team from UC Berkeley has won over 15 national titles and participated three times as part of the American Olympic team!

The women’s volleyball team has a strong track record and has frequently participated in the NCAA Division I Tournament.

Co-rec leagues require a certain proportion of male and female athletes to be present on the field or court. Women-only leagues are self-explanatory, whereas open leagues have no gender-specific restrictions.

The UC Berkeley intramural sports have three levels: A, B, and C taking into account the variability among players within a single league. Premier/Advanced athletes that accumulated a lot of playing experience make up Level A.

Level B is competitive and has a wider range of playing abilities (most students participating in intramurals play at this level).

Players in the recreational C-level are more focused on having fun, making new friends, and perhaps even picking up new abilities than on winning.

On the campus of UC Berkeley, there are numerous activities to keep active, including speed soccer, 5×5 basketball, dodgeball, and ultimate frisbee.

Why is UC Berkeley a good choice?

Three reasons: acceptability, accessibility, and education. One of the greatest public universities in the country and the world, UC Berkeley offers highly regarded programs in computer science, biology, and the social sciences.

Additionally, UC Berkeley is one of the country’s most inclusive and diverse campuses.

The school has consistently outperformed its prior % for representation of minority students in recent years. UC Berkeley welcomed slightly more than 16,000 students for the 2021–2022 academic year, many of whom came from different backgrounds.

For students from California, UC Berkeley provides an excellent education at an affordable price. Over 60% of undergraduate students who qualify for financial aid—roughly two-thirds—are given money by UC Berkeley.

Students will draw to a campus like UC Berkeley if they want a diversified social atmosphere, an intellectually rigorous academic environment, and plenty of nearby attractions and activities.