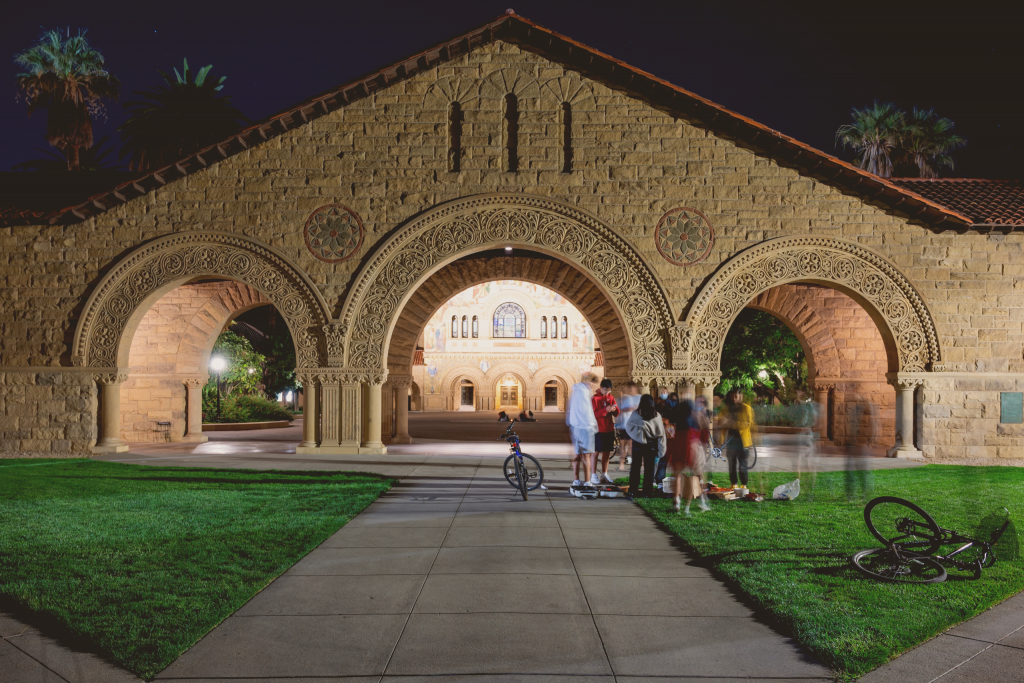 One of the best and most competitive universities to get into is Stanford. Stanford University’s world-class education, picturesque campus, and stellar athletic program are a few reasons why many high school students make it their top choice. There are also many illustrious alumni, including tech entrepreneurs, Supreme Court Justices, well-known actors, notable authors, astronauts, and even a former president of the United States.

Here is all you need to know to increase your chances of getting accepted to Stanford.

Only 2,349 of the 45,227 students who applied to Stanford were accepted for the class of 2025. Stanford doesn’t make its acceptance percentage publicly available, but a quick calculation using the Common Data Set puts it at 5.18 percent (a figure almost identical to the 5.19 percent acceptance rate from the prior year).

It makes sense that Stanford has the nickname: “Ivy of the West.” Stanford ranked among the top 10 colleges outside of the Ivy League, and it’s not unusual for Stanford to be ranked higher than many of the top East Coast universities in surveys and newspapers across the country. Like its Ivy League counterparts, Stanford is very selective and draws some of the best candidates in the nation.

Class rank is “extremely important” to Stanford when making admissions decisions. The university’s class of 2025 had a record 96 percent of graduates who placed in the top 10 percent of their high school graduating class.

What is Stanford University Looking for?

The following elements are “very important” according to Stanford University 2020-2021 Common Data Set”:

These other factors are “considered”:

And these are “not considered”:

Most students who apply to a school like Stanford, which is very selective and has a low acceptance rate, have excellent grades and test scores, meaning that extraordinary academic performance alone will not get you in. One strategy to get an advantage over other applicants for admission is to understand what Stanford is looking for in a candidate.

Stanford strikes a balance between universities like MIT and Harvard; it gives equal weight to candidates with technical experience and those who have proven leadership in varying contexts. Stanford sets itself apart from other Ivy League institutions—perhaps with the exception of Princeton—by prioritizing STEM above business and the humanities.

When deciding who gets in, Stanford gives essays a comparatively higher weighting than other schools and considers them “essential”. Stanford applicants need to submit an additional three short essays (each between 100 and 250 words long) as part of their application. Applicants get a chance to demonstrate why they belong at Stanford through these essays. However, if written poorly, they reduce your chances of being accepted.

How to Improve Your Chances of Getting into Stanford University

When making admissions selections, Stanford views factors like GPA, class rank, and the difficulty of the courses as “extremely important”. Therefore, it is crucial for Stanford applicants to have stellar marks and for those grades to come from difficult classes. How many AP courses should you take? It is not unusual for a student to have completed more courses than the 8 to 12 required for admission to a top 10 school like Stanford.

Students applying to Stanford need excellent grades for another reason: the Academic Index is a technique used by prestigious colleges to weed out the voluminous number of applicants they receive. The simple calculation reduces a student’s academic performance (grades and test results) to a single number. Colleges then use the single number to decline applicants they deem unqualified.

Check out our recommendations for raising your GPA if your GPA is lower and you’re still in your first year of high school. The quickest way to improve your Academic Index is to obtain a higher exam result because it will be more difficult to raise your GPA when you are a junior or senior.

Stanford will allow applications without standardized exam scores in 2021–2022 due to the difficulties posed by COVID-19. However, taking the SAT or ACT is advised if you can do so without risk because students who submit their test results have a better acceptance rate than those who do not. For accepted students, CollegeVine typically advises reporting scores if they are higher than the 25th percentile (i.e., 1420 SAT score and 31 ACT score at Stanford).

According to Stanford, students should receive the best exam representation feasible. For ACT, they will review all subscores, and the highest Composite from all tests will be the main focus. The highest individual Evidence-Based Reading and Writing and Math scores across all SAT sessions will be the ones on which Stanford will focus. Stanford will combine your Evidence-Based Reading, Writing, and Math results from the SAT with and without the essay for students who took both versions of the test.

The most striking actions are those in Tier 1; they show great achievement and are very uncommon. Tier 1 extracurricular activities include impressive successes like winning the Jack Kent Cooke Young Artist Award or the Regeneron Science Talent Search.

High levels of success or leadership belong in Tier 2 extracurricular activities, which are more prevalent than those in Tier 1. Tier 2 activities range from being chosen for an all-state team in band or athletics to being the top leader in a well-known organization like Model UN or Science Olympiad.

Tier 3 extracurriculars are excellent for demonstrating a candidate’s interests outside the classroom but lack the prestige of the higher tiers. Holding a lower-level leadership role in a club, such as treasurer, is included in Tier 3 activities. Athletes that received recognition, such as a player of the week award but did not make an all-state team fell under Tier 3.

The least impressive and most prevalent of the four tiers of extracurricular activities is Tier 4. These activities include volunteering,  participating in sports, playing a musical instrument, or simply joining a club (none holding a leadership role).

Competitive applicants typically have one or two Tier 1 or Tier 2 activities on their CV for a top institution like Stanford. The idea that universities are seeking well-rounded individuals is untrue; rather than a bunch of unrelated interests, applicants are more desirable if they have a single, highly developed interest, or “spike.”

The Coalition Application or the Common Application’s personal essay is one of the four essays required for a Stanford application, along with the following three short-answer questions from the Stanford Supplement:

When evaluating applications, Stanford places high importance on essays and argues that character and personal traits are “extremely significant.” As a result, essays for applicants are frequently a make-or-break area, giving them a way to stand out from the competitors and demonstrate why they belong on Stanford’s campus. Check out the article How to Write the Stanford University Essays 2021–2022 for helpful tips on how to write an engaging Stanford essay.

While Stanford does not release its early admissions data, the acceptance rates for early applications tend to be higher than those for regular decisions, even while controlling for profile strength.

Stanford considers letters of recommendation a “very important” factor in making admissions decisions and requires three: one from a high school counselor and two from teachers. Stanford suggests the teachers who write recommendations taught you in 11th or 12th grade in a core academic field like English, math, science, foreign language, or history/social studies, however, applicants can submit letters of recommendation from a 10th-grade teacher if the coursework was advanced, such as AP or IB.

Stanford also allows applicants to submit one optional letter of recommendation. The optional letter is the best choice if there is a person who knows the applicant well and can offer valuable insights that their high school counselor or teachers could not.

How to Apply to Stanford University