12 World-Class Universities You Should Consider 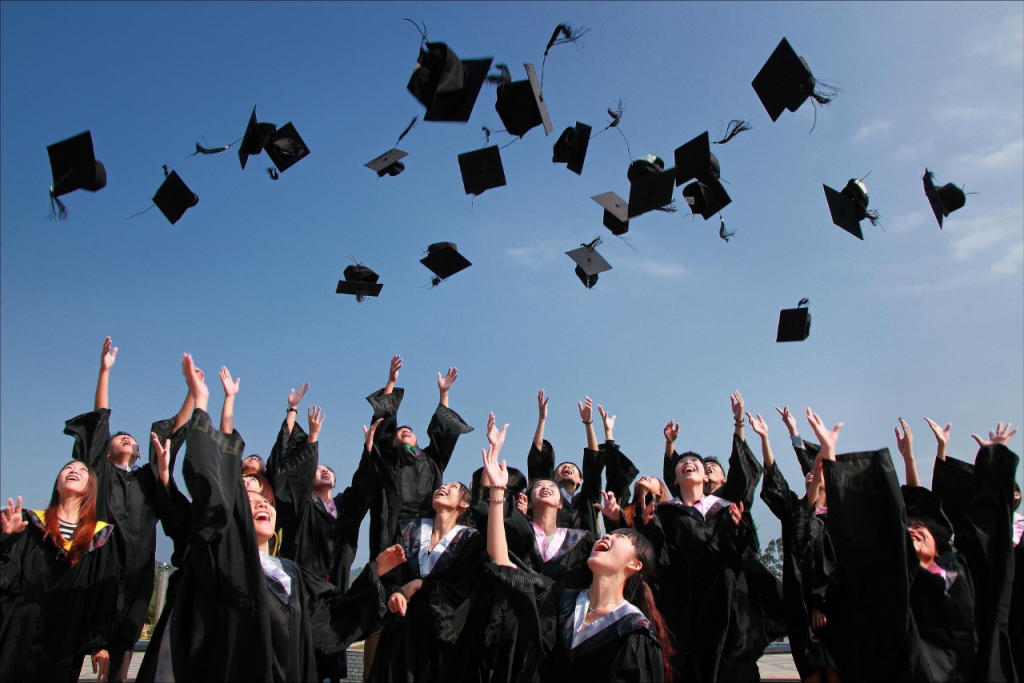 Which are the 12 most sought-after Ivy League schools? What makes them so prestigious, and how can you determine whether it is worth pursuing an education at an Ivy League school despite the selective admission rates?

This post will explore the list of Ivy League schools (both the original eight institutions and the ones usually confused for Ivy Leagues) and lay out the crucial elements to consider when selecting the school best suited for you.

What Is An Ivy League School?

The eight highly selective private colleges and universities in the Northeastern United States that come together to form the Ivy League are known collectively as the Ivy League schools. The phrase “Ivy League” has come to be used interchangeably with “prestigious colleges” throughout the course of time.

Brown University is a prestigious academic institution in Providence, Rhode Island. Brown is well-known for its challenging and open curriculum, which provides students with the opportunity to create their own individualized study plans. The college is highly exclusive, accepting only 8 percent of applicants, and the average student has a SAT score between 1440 and 1520 or an ACT score between 32 and 35.

Cornell University, in Ithaca, New York, is home to more than 15,000 undergraduate students and boasts a sizable enrolment overall. The fields of biology, commerce, and computer science are among the most popular majors there. It was named number one among the Best Colleges for Agricultural Sciences in America and number three among the Best Colleges for Architecture in America by Niche’s 2020 Best Colleges. The average Cornell University student receives a score on the SAT between 1390 and 1540 and an ACT score between 32 and 34. The university has an admittance rate of 11 percent.

The most well-regarded educational institution in the town of Hanover, New Hampshire, is Dartmouth College. With just over 4,000 undergraduates, it is one of the most compact universities in the Ivy League. Students must have SAT scores in the range of 1420 to 1560 and ACT scores in the range of 31 to 35 to gain admission to Dartmouth College, whose acceptance rate is only 9 percent.

One of the most recognizable names associated with the Ivy League is Harvard University in Cambridge, Massachusetts. It is a school of moderate size, with approximately 7,000 undergraduate students enrolled. The acceptance rate at Harvard is under five percent, making it another highly competitive educational institution. An accepted student has an average SAT score between 1460 and 1580, and an average ACT score between 33 and 35. Harvard is rated #1 for biology and political science according to Niche’s 2020 Best Colleges. University of the People (UoPeople) is a member of Harvard Business School Online’s (HBS Online’s) Collaborating Colleges program. The Harvard Business School classroom is presented through an innovative online platform and offered through the Harvard Business School Online program, which provides a one-of-a-kind and highly engaging way to learn fundamental business ideas. This collaboration makes it possible for undergraduate students at UoPeople to enroll in HBS Online’s flagship program, the Credential of Readiness (CORe), which is a three-course introduction to the fundamentals of business. These students will also have access to need-based scholarships for this program.

The town of Princeton, New Jersey, is home to the prestigious Princeton University. Since its establishment in 1746, this educational institution hails as the fourth oldest university in the United States. It is comparable in size to Harvard University and has an acceptance rate of only five percent, with undergraduate enrollments hovering around five thousand students. Computer engineering, public policy analysis, and economics are among the most sought-after degrees offered by this institution. It is ranked as the second-best college in the United States for students interested in studying political science and public policy analysis. The range of possible SAT scores is from 1440 to 1570, and the ACT scoring range from 32 to 35.

Penn, which refers to the University of Pennsylvania, may be found in Pennsylvania’s capital city of Philadelphia. It is a highly competitive school with an admittance rate of only 8%, making it a large school with an average enrollment of 10,000 undergraduate students. At Penn, degrees in nursing, economics, and finance are three of the most sought-after, and the university is consistently ranked as the best business school in the United States. The range of possible SAT scores is from 1420 to 1550, and the range of possible ACT scores is from 32 to 35.

Yale University in New Haven, Connecticut, is a research and liberal arts college. It is ranked first among institutions in the United States with top instructors and the greatest colleges to study history. Students must have an average SAT score between 1460-1570 and an ACT score between 33-35 to be accepted into this very selective institution. The acceptance rate is only 6%.

4 More Universities To Pay Attention To

Many famous and competitive educational institutions are frequently confused with Ivy League institutions. This is because of their excellent reputation, competitive admissions standards, and sometimes even their location near the Ivy League schools in the Northeast.

Here are four famous universities that are frequently confused with Ivy League institutions:

People may confuse Stanford with one of the other Ivy League schools more often than any other. It shares the sixth spot with Penn in the national rankings compiled by U.S. News and World Report. The extremely low acceptance rate of barely 4% may be what contributed to its widespread fame.

The Massachusetts Institute of Technology (also known as MIT) is considered one of the most prominent and competitive universities worldwide. It is tied for third place with Yale and Columbia in the national rankings compiled by U.S. News and World Report.

As a result of its high rankings and strict admission requirements, Northwestern is frequently confused with an Ivy League institution. It holds the ninth spot in the national rankings published by U.S. News and has a low admission rate of only 8% of applicants.

The University of Chicago is ranked number six, tied for the spot with Stanford and Penn. Due to the low admittance rate of only 7 percent, it is on par with many other Ivy League schools in terms of the quality of its student body.

Is An Ivy League School Right For You?

Because of the low acceptance rate at Ivy League colleges, getting into one of these schools will need hard work and strategic planning. It is possible that an academic record alone will not be enough to get into an Ivy League school.

So if getting into one of the Ivy League institutions is a priority or goal for you, you will need to start working toward that goal a good number of years in advance to ensure you have the best chance of succeeding. This can involve enrolling in advanced placement courses during high school, putting in a lot of effort to achieve a specific score on the SAT, and giving up free time with friends.

It is crucial to remember that you can have a great career with hard work regardless of the institution you attend; nonetheless, getting into an Ivy League school requires a significant amount of effort in addition to dedication.

4 Ways To Decide Which School Is Right For You

If you do come to the conclusion that attending one of the Ivy League schools is the correct choice for you, the next step is to choose which school is the best fit for your requirements and objectives.

When deciding between schools in the Ivy League (or basically any school), the location of each institution should be the first factor you take into account. Think about if you would be happier attending classes in an urban, rural, or suburban environment.

Dartmouth and Cornell could be options for you if you want to go to college in a rural area, be surrounded by nature, and be a part of an exclusive, close-knit community of students and faculty. If, on the other hand, you thrive off the commotion of cities and the abundance of work chances they offer, then Columbia or Penn might be a better fit for you. Because Brown, Harvard, and Yale are all located in relatively small cities, attending one of these universities could be an excellent option for people who like to live in more sedate urban environments.

Last but not least, the only institution in a suburban region is Princeton. It is ideal for students who desire a more secluded and tranquil college experience but also want the option of traveling by car to New York City or Philadelphia within an hour.

Every institution in the Ivy League has its own set of academic requirements, degrees, and programs.

For students interested in business administration with a concentration in hospitality, for instance, Cornell University has a program designed just for students like you. Check that the school you have your sights set on is a good fit for your academic or professional interests as well as the themes and majors that you intend to study because colleges have varying degrees of expertise in a variety of fields and fields of study.

Another thing to bear in mind is that the general education prerequisites for some institutions are stricter than those of other schools, so the core curriculum requirements at those schools can vary greatly. Even if this might not be a deciding factor for some people, it is still a good idea to research the prerequisites for each institution to know what to expect.

Along the same lines as location, the size of the school could also be a crucial decision. If you are interested in attending a college that has a vibrant and active atmosphere, it will make sense for you to look at the larger establishments. On the other hand, if you would like to be part of a tightly knit community with fewer distractions, then a smaller institution would be a better choice.

Last but not least, each school and campus has its own unique culture and draws a diverse range of students of varying backgrounds and interests. Visit the school, talk to students, and look around to get an idea of how well you will fit in with the community there. This is the most accurate way to predict how well you will fit in. You can also check out school forums and reviews to learn what former students have to say.

In conclusion, hopefully, the list of Ivy League schools has provided you with a comprehensive picture of the many educational institutions, including their distinguishing features and the level of competition they present. Remember: